Look at the principal admonitions (commandments, if you will) that appear near the beginning of the Koran (Sura 2:83) -- a believer should: 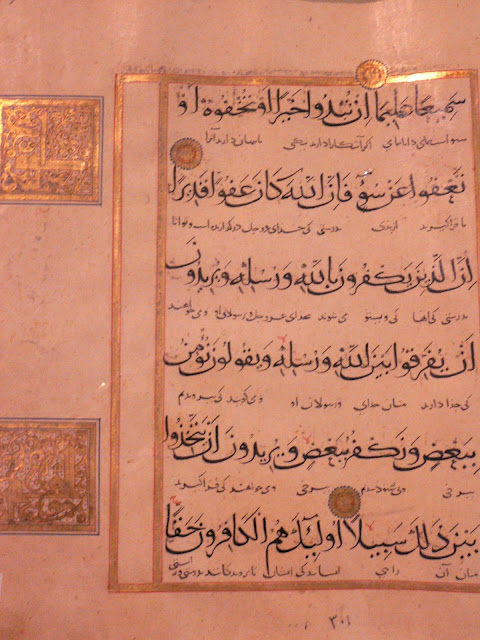 As Christians, most of us can find little to object to in that formulation of God’s will. And what about this?:
"Piety does not lie in turning your face to east or west; piety lies in believing in God, the Last Day and the angels, the scriptures and the prophets, and disbursing your wealth out of love of God among your kin and the orphans, the wayfarers and the mendicants, freeing the slaves, observing your devotional obligations, and in paying the zakat and fulfilling a pledge you have given, and being patient in hardship, adversity and times of peril." (Sura 2: 177)
There are, to be sure, other verses of the Koran which are much more problematical, just as they are Bible verses that are troublesome if taken alone. But there does exist, if we want to embrace it, a basis for finding agreement -- an area of overlap in antecedents, values and tenets that can be utilized in finding our way to peace. When looking at Shi'ite Islam, we tend to see only the rather unrepresentative manifestations of it in the persons of dour Ayatollah Ruhollah Khomeini or volatile President Ahmadinezhad. In truth, this major sect within Islam is likely more amenable to tafsir (“explanation,” “elaboration” or “interpretation”) than the Sunni. In the Shi'ite tradition, scriptures (the Koran and commentaries on it) are seen less as literal dogma and more as allegory. If there is to be a “re-opening of the doors of ijtihad” – i.e., a new attempt to update interpretation of the Muslim scriptures for a constructive encounter with modernity – it is more likely to occur within the Shi'ite community of scholars. It is notably Wahabism (with its roots in Saudi Arabia) that espouses a very literal reading of the Koran.
According to Muzammil H. Siddiqui, a member of the Fiqh [Islamic Law] Council of North America who teaches at California State University (in a U.S. Institute of Peace Special Report, #125, August 2004), issues that might be subjected to ijtihad include: 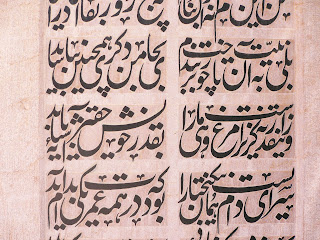 Siddiqi has said that “the first step toward opening the door of ijtihad…should be the liberation of religious establishments from the influence of political regimes. Religious authorities should dissociate themselves from political regimes so that they can independently issue and interpret religious law.” (There are those here that feel leaders like Jerry Falwell and Pat Robertson may have crossed the same line into being too much “of the world.”)
A major thesis of a recent book by Yitzhak Nakash (who teaches Islamic and Middle East history at Brandeis University), called Reaching for Power, is that in contrast to many Sunni’s, who have manifested increasing militancy, Shi'ites, the largest minority within the worldwide community of 1.7 billion Muslims, in general have begun to move in the direction of accommodation with the West.
Iran has also been a major locus of development, over the centuries, of the mystical sufi tradition, which shuns strict, legalistic approaches to Islam in favor of embracing the ineffable and mysterious revelation of God that comes in meditation and direct apprehension of divine beauty and holy spirit. Many in America, especially those who are attracted to more “eastern” faith traditions, find that this emphasis on the mysterious and unfathomable resonates with them.
Posted by Alexander Patico at 8:44 AM