"It is never right to do wrong or to requite wrong with wrong, or when we suffer evil to defend ourselves by doing evil in return." (Socrates, 469 - 399 BC)
"Some people believe that you must travel to Mecca to have your soul cleansed in the atmosphere of that holy place. But really we are each, everyone in the world, born with a pure heart. We choose with our heads to do right things or wrong things." (Shopkeeper in the Iranian village of Mosuleh, on the Caspian Sea; from a report by U.S. traveler Michael White.)
President Bush said, rightly, about September 11, "Our country has seen the face of evil." However, we should never succumb to the inclination to compartmentalize evil as though it is always a result of diabolical plots hatched by people very different from ourselves.
Hannah Arendt's seminal work, Eichmann in Jerusalem, has been called "the twentieth-century's most important philosophical contribution to the problem of evil." It blew the roof off our conception of evil in its acknowledgement that quite ordinary, plodding, bookkeeper- types can be responsible for cruelty and destruction on a massive scale. William Hart, in his recent book Evil: A History of a Bad Idea from Beelzebub to bin Laden, examines Arendt's unique contribution. He quotes her as saying: "The trouble with Eichmann was precisely that so many were like him, and that the many were neither perverted nor sadistic, that they were, and still are, terribly and terrifyingly normal. This new type of criminal...commits his crimes under circumstances that make it well-nigh impossible for him to know or to feel that he is  doing wrong."

Hart renders Arendt's fifty-year-old insights relevant to our own era -- perhaps uncomfortably so: "Drenched in information, buffeted by competing ideologies, surrounded by experts, pummeled by nonstop commercial appeals, how tempting it is to let our minds shut down and simply join up -- with some welcoming institution, bureaucracy, subculture, belief system. And if someday our own small role in that large and complex enterprise requires us to break a few formal moral rules, who exactly will be to blame?” As Walt Kelly's Pogo said, "We have met the enemy and he is us." 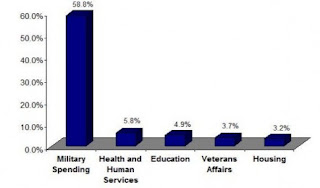 Posted by Alexander Patico at 3:47 PM