"Religion is regarded by the common people as true, by the wise as false and by the rulers as useful."  (Seneca the Younger, ca. 30 CE) 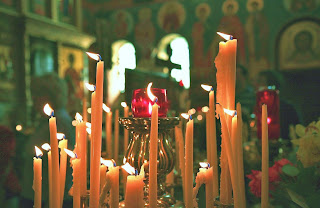 In her book, Speaking of Faith, Krista Tippett (creator and moderator of a National Public Radio program by the same name), says, "Clear-eyed faith asks me to confront my failings and the world's horrors. It also demands that I search, within all the wreckage, for the seeds of creativity, wisdom and strength." This combination of unblinking confronting of what people do in the world, and unflagging hope in what people can become when they realize their highest potential is, to me, a natural manifestation of mature faith. Another is to be able to meet others’ faith commitments in a spirit of acceptance – not agreement, but acceptance – and with a sincere effort to understand deeply what moves them.

A distinguished graduate of the U.S. Naval Academy, with a doctorate in political science from Harvard, and commander of a nuclear submarine, who later served as Deputy Assistant Secretary of the Navy, Dr. Douglas M. Johnston wrote the following in 2002 about the potential role of religion (and specifically of military chaplains) in attacking the most vexing and vicious problems of international relations:

"...It is time for the United States to get serious about developing an effective conflict-prevention capability...For far too long, our focus has been reactive, requiring enormous investments of talent and treasure to pick up the pieces after hostilities have broken out.
"...Religion is central to identity and gives meaning to people’s lives. It also is central to much of the strife taking place in the world today. Almost anywhere one turns—Afghanistan, Kosovo, Indonesia, Nigeria, Chechnya, Kashmir, Sudan, Sri Lanka—one finds a religious dimension to hostilities...In all likelihood, its importance will continue to increase in response to (1) the perceived threat to traditional values posed by globalization, and (2) the uncertainties stemming from the revolutionary pace of technology change. To underestimate these realities in the formulation of U.S. foreign policy is to tempt the gods, so to speak.
"Past reluctance to consider religious factors has not been without its costs. The U.S. failure in Iran [in the 1970s] was the result, at least in part, of our not understanding or responding to the religious dynamics. The President and top policymakers in Washington were caught unaware by the Islamic revolution. They should not have been. State Department reports [that correctly assessed the importance of Ayatollah Khomeini's influence]...were suppressed at higher levels by the combined influence of dogmatic secularism and economic determinism.


"...Without the bipolar confrontation of the Cold War to dampen its influence, religion has become too critical to vital U.S. national interests to permit its continued marginalization. In an age of economic interdependency, high-tech weaponry, and international terrorism, we must give the religious factor its due as a defining element of national security and learn how to deal with it."
In the same vein, Navy Chief of Chaplains Rear Admiral Barry Black noted in his training letter to the chaplains: “Our faith communities have much to contribute, and the institutions we serve need our help in coming to grips with the impact of religious heritage on the international community...The principles we will examine are an important step toward preparing us to serve not only as effective ethical advisors, but also as agents of reconciliation”.
Perhaps this consciousness arises more readily among those who have a view both of the altar and the battlefield. Civilian politicians, when the subject is faith, often seem simply to flounder between avoidance and pandering. It is long past time that people of faith should do more than just cheerlead at the sidelines of international geopolitics, or wring their hands and rend their garments over tragedies they feel powerless to control. This does not mean turning our embassies over to missionaries and trading trade agreements for evangelism. It means acting as though the world has a spiritual dimension to it; acknowledging the importance of faith – not just our faith -- in many corners of the globe.
In September 2006, over one hundred Christian, Muslim, and Jewish religious leaders released a statement entitled “Words, Not War” which calls for a diplomatic resolution to the nuclear standoff with Iran. The signers include heads of denominations, faculty at seminaries and religious schools, and the heads of state councils of churches, regional religious bodies, and national religious groups.  They recognized that faith without works -- and witness -- is dead.
Posted by Alexander Patico at 8:52 AM